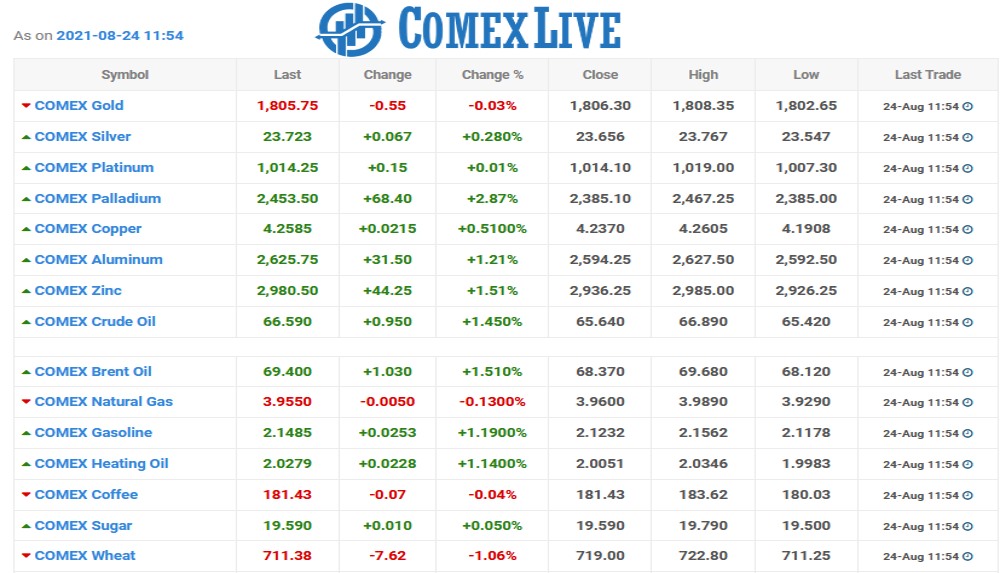 Both benchmarks jumped more than 5% on Monday, helped by a weaker dollar, after marking their biggest week of losses in more than nine months last week.

“Even though the pandemic resurges and fuels health system concerns, economically harmful containment measures seem rather unlikely, not least as the vaccines prove their merits,” Norbert Rucker, analyst at bank Julius Baer said.

The U.S. Food and Drug Administration (FDA) on Monday issued full approval for the Pfizer/BioNTech two-dose vaccine, having last December authorized it for emergency use. Health officials hope the action will convince unvaccinated Americans that the shot is safe and effective.

Analysts said that China’s apparent success in combating the spread of the Delta variant also boosted demand sentiment, with no cases of locally transmitted infections reported in latest data.

Also supporting oil prices was a fire on an oil platform off Mexico on Sunday that killed five workers and took 421,000 barrels per day of production – about a quarter of the country’s overall output – off line.

The U.S. Department of Energy said Monday it would sell up to 20 million barrels of crude from the emergency oil reserve to comply with legislation, with deliveries to take place between Oct. 1 and Dec. 15.