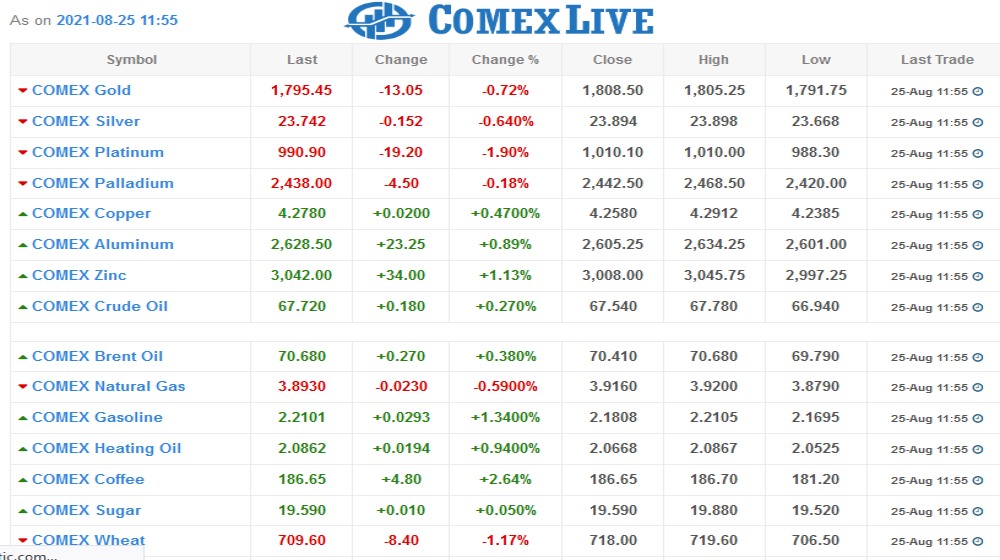 Gold retreated below $1,800 on Wednesday as the dollar halted its slide while investors sought cues on the timeline of monetary tapering from the U.S. Federal Reserve’s symposium this week.

Gold jumped 1.4% on Monday to a near three-week high, driven by a broad retreat in the dollar this week.

“The main market driver for this week is the Jackson Hole symposium. A few days back, people were strongly expecting the Fed to start tapering before the end of the year, now that’s again a question mark.”

The dollar steadied off a one-week low, limiting appetite for bullion from those holding other currencies.

Powell’s speech at the Fed’s symposium in Wyoming on Aug. 27, which had to be moved online due to virus-related concerns, could shed more light on the timeline for withdrawing stimulus, with some still betting on a less dovish stance.

“Everyone is willing to take a punt that they’re (the Fed)going to maybe take a softer stance to tapering this weekend, and it’s a good thing for gold,” IG Market analyst Kyle Rodda said.

Some investors view gold as a hedge against higher inflation that could follow stimulus measures.

“A supply surplus is looming on the platinum market this year because of the weaker investment demand – the first in three years,” Commerzbank analysts wrote in a note.