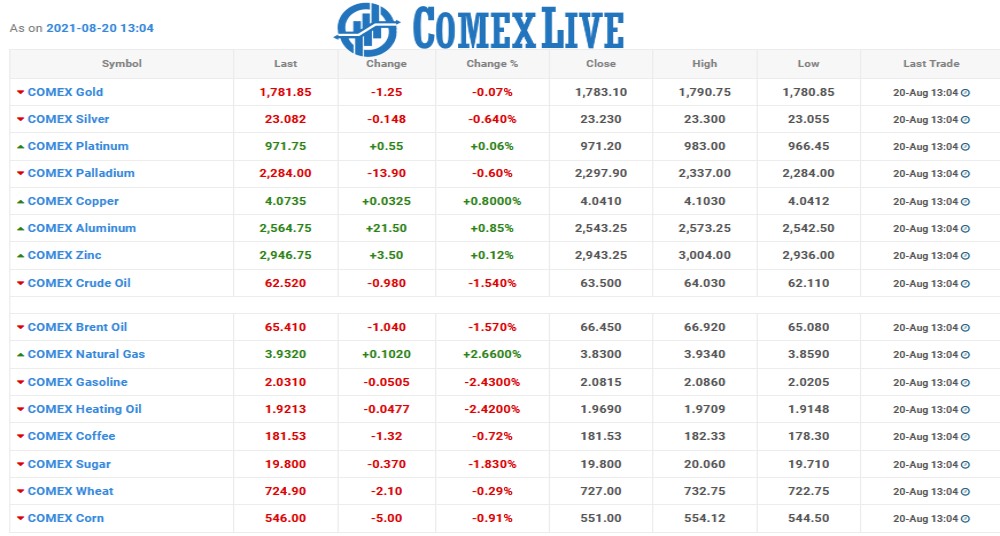 Gold prices were flat on Friday, as a firmer dollar eclipsed support from rising anxiety over increasing cases of coronavirus’ Delta variant that could delay economic recovery.

The dollar index held near a more than a nine-month high hit on Thursday, denting gold’s appeal to holders of other currencies.

U.S. Federal Reserve Chair Jerome Powell will speak on “the economic outlook” at next week’s Jackson Hole, Wyoming symposium, the central bank said on Thursday, where some analysts expect him to lay out a clearer roadmap on the central bank’s taper plans.

The number of Americans filing new claims for unemployment benefits fell to a 17-month low last week, pointing to another month of robust job growth, though surging COVID-19 infections pose a risk to the labor market recovery.

Growth in factory activity in the U.S. mid-Atlantic region slowed for the fourth consecutive month in August after hitting its highest pace in nearly half a century earlier this spring, a survey showed on Thursday.

Silver rose 0.1% to $23.25 per ounce and was headed for third straight weekly decline.