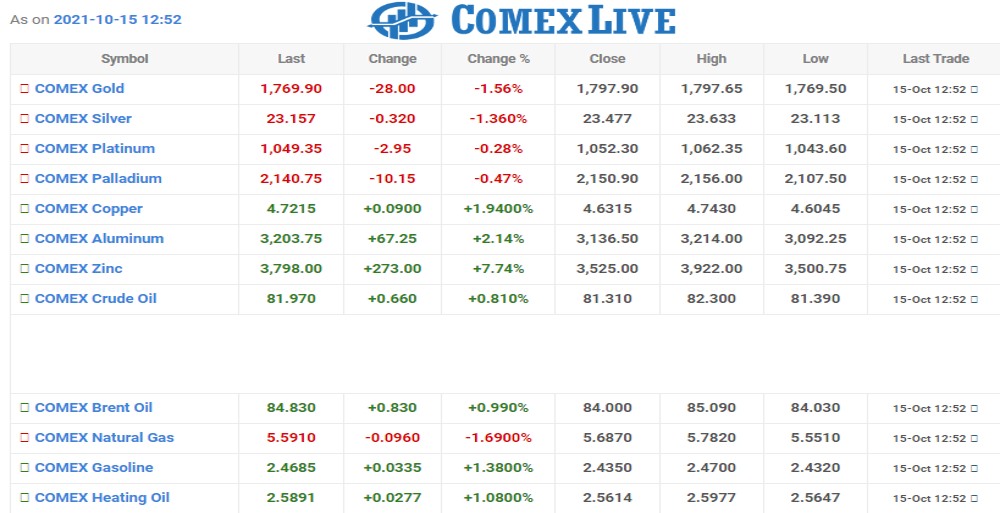 Oil prices climbed on Friday, heading for gains of more than 2% for the week, on increasing signs of tight supply over the next few months as rocketing gas and coal prices stoke a switch to oil products.

Analysts pointed to a sharp drop in OECD oil stockpiles, to their lowest level since 2015. Demand has picked up with recovery from the Covid-19 pandemic, with a further boost coming from industry turning away from expensive gas and coal to fuel oil and diesel for power.

“This energy crisis, particularly in coal and gas, has really pushed up the energy complex higher and oil has benefited as a result,” said Commonwealth Bank commodities analyst Vivek Dhar.

The International Energy Agency on Thursday said the energy crunch is expected to boost oil demand by 500,000 barrels per day (bpd). That would result in a supply gap of around 700,000 bpd through the end of this year, until the Organization of the Petroleum Countries and allies, together called OPEC+, add more supply, as planned in January.

“You’re looking at a narrow window where things can tighten considerably, but it’s going to be very weather-dependent,” Dhar said.

RBC Capital Markets analysts said the global oil market is shaping up for a strong bull cycle, led by supply tightening and demand strengthening at the same time.

“We maintain the view that we have held all year – that the oil market remains in the early days of a multi-year, structurally strong cycle,” RBC analyst Michael Tran said in a note.