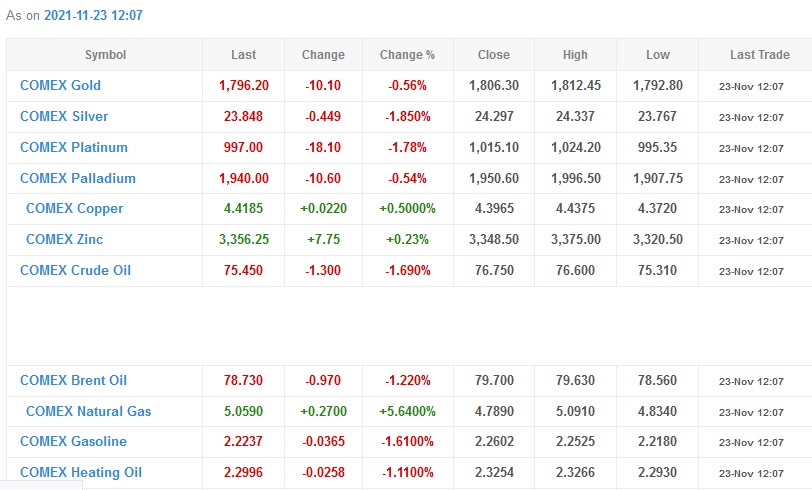 Oil prices rose on Monday but remained under pressure from rising COVID-19 cases in Europe and a potential release of Japanese and Indian oil reserves, raising concerns about both oversupply and weak demand.

Investors sought safe havens such as the dollar early in the session, contributing to the sharp decline in oil prices, Varga added.

Austria entered its fourth national lockdown on Monday as Europe again becomes the epicentre of the coronavirus pandemic. Germany could also impose fresh curbs, with politicians debating a lockdown for unvaccinated people.

The U.S. dollar traded close to a 16-month high against the euro on Monday, making dollar-priced crude more expensive for buyers with other currencies.

Meanwhile the prospect of the release of oil from strategic petroleum reserves (SPR) maintained the price pressure on oil and kept Brent under the psychologically important $80 mark.

Japanese and Indian officials are working on ways to release national reserves of crude oil in tandem with the United States and other major economies to dampen prices, seven government sources with knowledge of the plans told Reuters.

“Gasoline prices are nearly $4 a gallon and that’s when politicians in the U.S. get very nervous,” said Fereidun Fesharaki, chairman of consultancy Facts Global Energy.

before everything goes back to where it was, he added.

U.S. investment bank Goldman Sachs said the recent declines in oil prices were “excessive” given that the oil market remains in a deficit, adding that it reiterated its $85-per-barrel forecast for the fourth quarter.