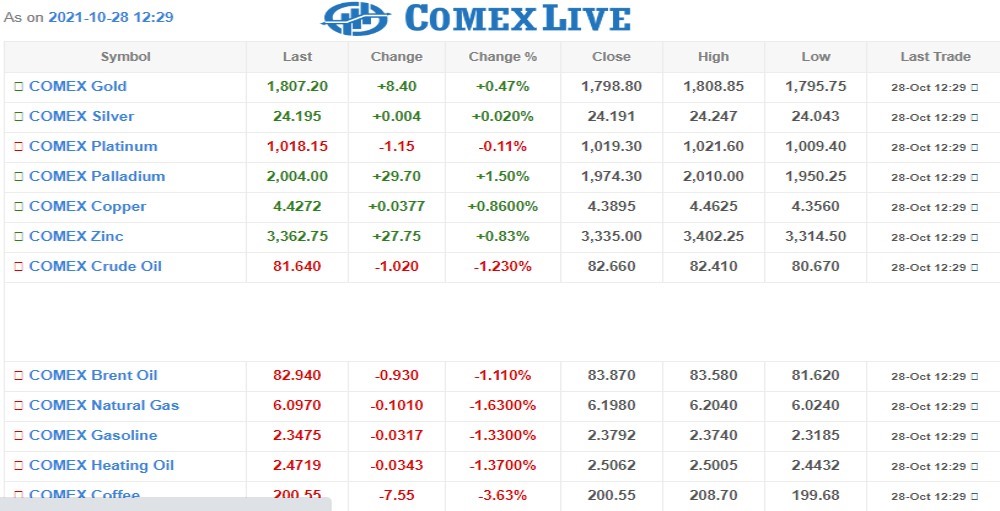 Oil prices fell about 1% to their lowest in two weeks on Thursday after Iran said talks with world powers on its nuclear programme would resume by the end of November and on rising U.S. crude inventories.

Iran’s top nuclear negotiator Ali Bagheri Kani on Wednesday said the country’s talks with six world powers to try to revive a 2015 nuclear deal will resume by the end of November.

A deal could pave the way to lifting harsh sanctions imposed by former U.S. President Donald Trump on Iran’s oil exports in late 2018.

“The market reacts to these headlines, but may be disappointed by how much oil actually returns,” said Phil Flynn, senior analyst at Price Futures Group in Chicago.

The hefty stockbuild was because of a large jump in net imports of crude oil while refinery processing remained sluggish, Citi Research analysts said in a note.

Yet gasoline stocks fell by 2 million barrels to their lowest in nearly four years, even as U.S. consumers contend with rising pump prices.

At the WTI delivery hub in Cushing, Oklahoma, crude storage was at its lowest levels in three years, with prices for longer-dated futures contracts indicating supplies will remain low for months.

Energy information provider Genscape said that as of Oct. 26, tank levels at Cushing had fallen by 2.772 million in the last week, market participants said.

Outbreaks of coronavirus infections in China and record deaths and the threat of lockdowns in Russia, along with rising cases in western Europe, also weighed on prices.