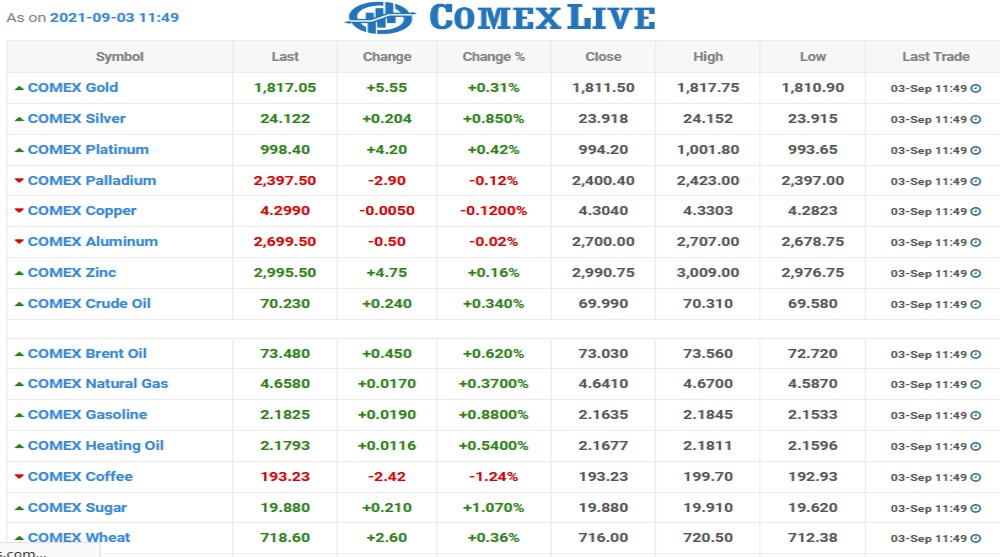 Oil prices were largely steady on Friday as a rebound in global demand was widely expected but a slow recovery for the U.S. Gulf Coast export and refining hub from the hurricane earlier this week weighed on prices.

The move down in WTI was likely due to traders squaring positions ahead of the U.S. non-farm payrolls report for August set to be released on Friday, analysts said, on worries the report may be weaker than consensus forecasts.

Oil demand has been curbed as extended power outages are slowing the reopening of refineries that were shut in Louisiana.

“It’s safe to say that the oil market is still feeling the effects of Hurricane Ida,” said Stephen Brennock of oil broker PVM.

“The loss of U.S. refinery demand will likely be more prolonged than the loss of crude supply given the extent of power outages and flooding in the region.”

About 1.7 million barrels per day of oil production remains shut in the U.S. Gulf of Mexico, with damage to heliports and fuel depots slowing the return of crews to offshore platforms, sources told Reuters.

Some analysts see room for further price gains amid tightening crude supplies and signs of recovering demand after the Organization of the Petroleum Exporting Countries and allies, known as OPEC+, stuck to a plan to add 400,00 barrels per day (bpd) to the market over the next few months.

“With an oil market still strongly in deficit for the remainder of the year, oil seems poised to rally further as OPEC+ signals discipline in easing cuts and as U.S. stockpiles continue to decline,” Edward Moya, senior market analyst at OANDA, said.