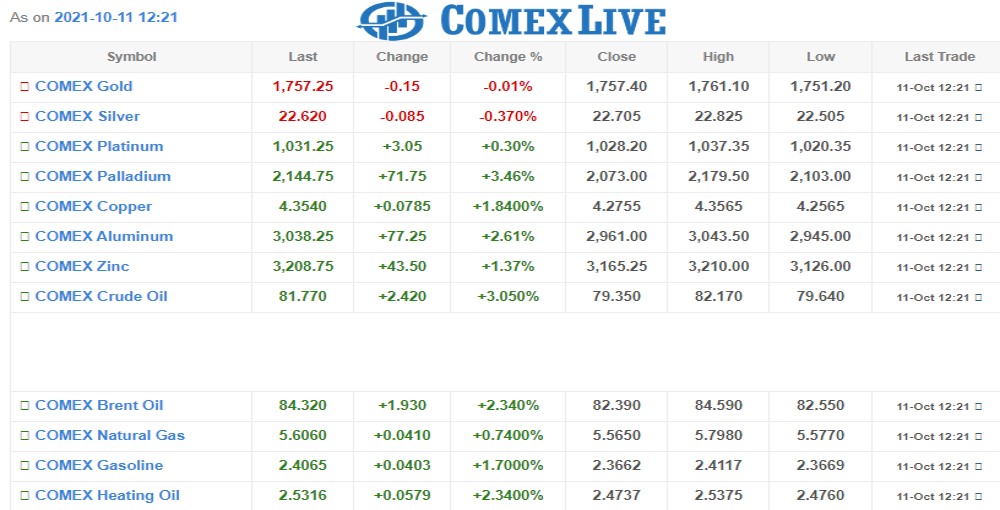 Oil prices rose on Friday, tracking towards a 4.2% gain for the week on signs some industries have begun switching fuel from high priced gas to oil and on doubts the U.S. government would release oil from its strategic reserves for now.

Both contracts rose about 1.1% on Thursday as the market resumed its climb, and were on track to jump 4% this week.

“Oil prices lifted after the U.S Energy Department said it has no plan ‘at this time’ to tap into U.S. strategic oil reserves to cool the rally in oil prices,” Commonwealth Bank analyst Vivek Dhar said in a note.

However a U.S. Department of Energy source told Reuters that a social media post by a Bloomberg reporter which said the department was not considering tapping into the SPR “at this time” was not accurate.

Overall, the week’s run-up has been spurred by soaring gas prices encouraging a switch to oil for power generation and by some industries, along with a decision by the Organization of Petroleum Exporting Countries and allies led by Russia, together called OPEC+, to stick to plans to add only 400,000 barrels per day of supply in November.

Analysts said the surge in gas prices and the extent of fuel switching from gas to oil will be the key factor to watch now.

“An acceleration in gas-to-oil switching could boost crude oil demand used to generate power this coming northern hemisphere winter,” ANZ commodities analyst said in a note, adding that U.S. distillate stocks, which include diesel and heating oil, are at their lowest heading into winter since 2000.

JP Morgan analysts noted that they have yet to hear of significant gas-to-oil switching in the European power sector.

“This means that our estimate of 750,000 barrels per day of gas-to-oil switching demand under normal winter conditions could be significantly overstated,” JP Morgan analysts said in a note.