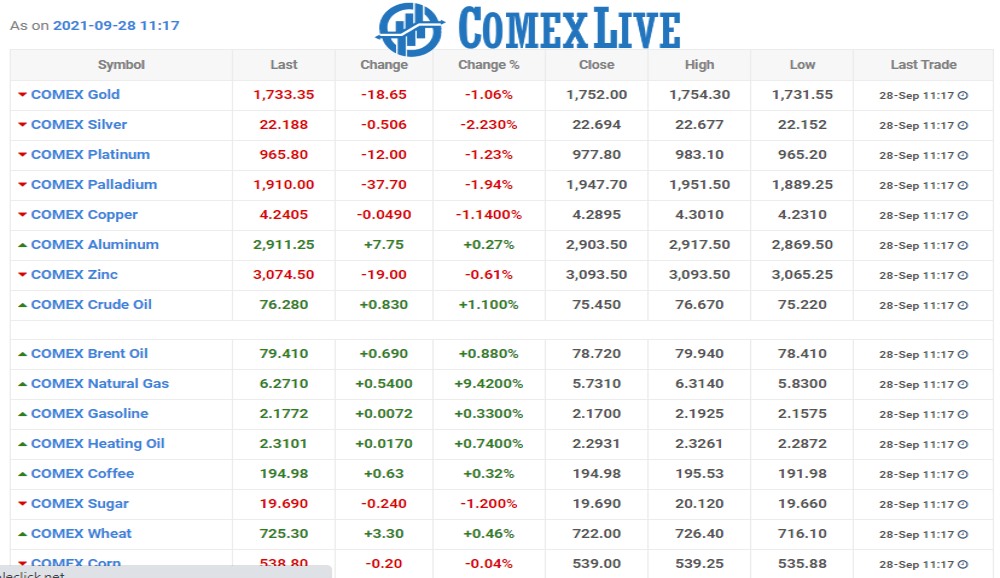 Gold slid to a 1-1/2-month low on Tuesday, as a stronger dollar and U.S. Treasury yields curbed demand for non-interest-bearing bullion, while investors also waited for policy cues from a speech by Federal Reserve chair Jerome Powell.

Benchmark U.S. Treasury yields gained for a fourth-consecutive day to a more than three-month peak, and the dollar index rose 0.2%, making gold more expensive for holders of other currencies.

The dollar also competes with gold as a ‘safe-haven’.

The rise in the 10-year yield “provides a massive headline for gold, as it reduces its attractiveness,” and the metal looks poised to decline further towards $1,735, said Commerzbank analyst Carsten Fritsch.

Therefore, market sentiment remains downbeat with continued ETF outflows and investors are “not very optimistic about prospects for gold,” he added.

Congressional testimony from Powell is due at 1000 EDT/1400 GMT. Powell recently said the central bank would move against unchecked inflation if needed.

Chicago Fed President Charles Evans on Monday said he expects inflation to rise to 2.4% by 2024 but interest rates to be only on a “gentle incline” upward.

“This concern about more persistent inflation also appears to be becoming a much more consistent theme of central bankers’ discourse, with a number of Fed speakers yesterday coming across a little more forcefully when it comes to the start of tapering,” CMC Markets UK’s chief market analyst Michael Hewson said.

Gold is often considered a hedge against higher inflation, but a Fed rate hike would dull bullion’s appeal.