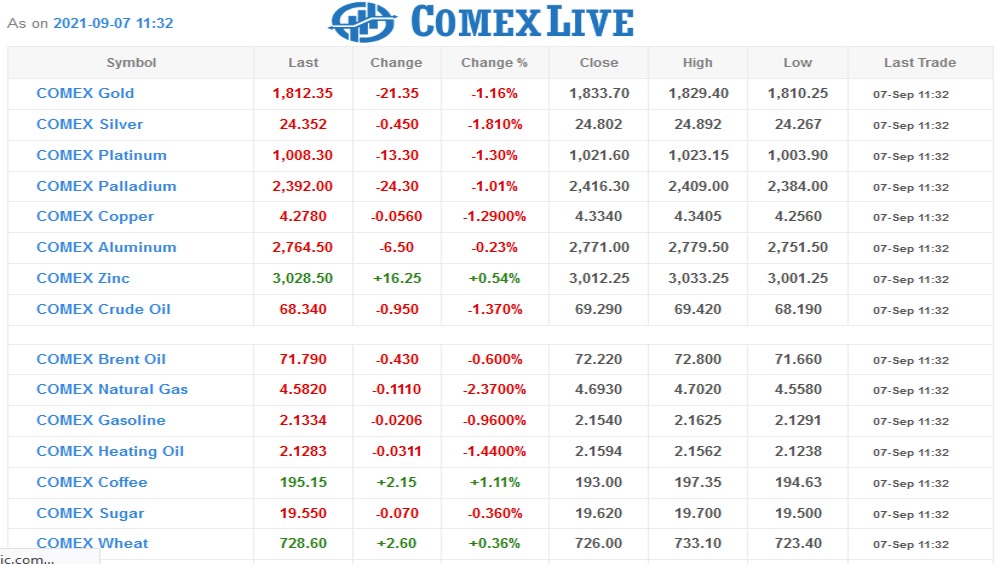 U.S. West Texas Intermediate crude was at $68.83 a barrel, down 46 cents, or 0.7%, from Friday’s close, with no settlement price for Monday due to the Labor Day holiday in the United States.

“The deep cut in Saudi OSP and the aftershock of Friday’s disappointing U.S. jobs data that strengthened the dollar yesterday were enough to put bulls on the backfoot,” Tamas Varga of oil brokerage PVM said.

Saudi Aramco on Sunday cut October official selling prices (OSPs) for all its crude grades sold to Asia by at least $1 a barrel.

The deep price cuts, a sign that consumption in the world’s top-importing region remains tepid, come as lockdowns across Asia to combat the Delta variant of the coronavirus have clouded the economic outlook.

At the same time, the U.S. economy created the fewest jobs in seven months in August as hiring in the leisure and hospitality sector stalled amid a resurgence in COVID-19 infections, which weighed on demand at restaurants and hotels.

Oil prices, however, were underpinned by strong Chinese economic indicators and continued outages of U.S. supply from Hurricane Ida.

China’s economy got a boost as exports unexpectedly grew at a faster pace in August thanks to solid global demand, helping take some of the pressure off the world’s second-biggest economy as it navigates its way through headwinds from several fronts.

More than 80% of oil production in the Gulf of Mexico remained shut after Ida, a U.S. regulator said on Monday, more than a week after the storm made landfall and hit critical infrastructure in the region.